Supporting, not imprisoning, Aboriginal people with disabilities, could save millions, The Conversation, November 4th, 2015 (archived)

Why are so many mentally ill people imprisoned in PA? The Pittsburgh Courier, August 2nd, 2015

Breaking the School to Prison Pipeline for Students with Disabilities – National Council on Disability, June 18th, 2015 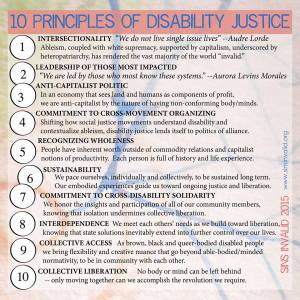 Sidelined or Mainstreamed? Political Participation and Attitudes of People with Disabilities in the United States, Social Science Quarterly, July, 2012

Exploring what it means when police refuse to provide medical attention to their victims, Daily Kos, June 2nd, 2015

Risk of being killed by police is 16 times greater for people with mental illness, The Guardian, December 10th, 2015 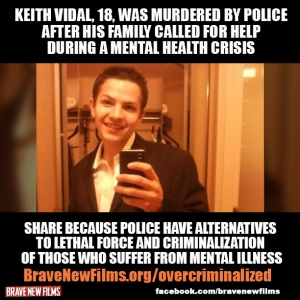 Shocking video of police shooting shows why we need to talk about how cops deal with the mentally ill, Fusion, March 17th, 2015

Mental Illness and Jails: Race is Left Out of the Equation, TruthOut, July 11th, 2015

Care Under Conditions of Capitalism and White Supremacy: An Interview with Mia Mingus, Bluestockings, April 21st, 2015

In Unit Stalked by Suicide, Veterans Try to Save One Another, New York Times, September 19th, 2015

PTSD Is Higher in Drone Operators by Rebecca Hawkes for The Telegraph, May 30th, 2015